The $100,000 CinefestOZ Film Prize was established in 2014 to recognise excellence in Australian filmmaking and is awarded on the festival’s Gala Night (31 August) by an industry jury, this year chaired by director and writer Rachel Ward. The winning film will be awarded Australia’s richest film prize.

CinefestOZ Festival Chair Helen Shervington said it had been another stellar year for Film Prize entries and this year’s finalists were the cream of the crop.

“Each year we continue to see a growth in the number and quality of submissions for the Film Prize, proving we have a wonderful pool of talented filmmakers here in Australia. We are very much looking forward to showcasing these five films at the festival and seeing how they are received by our audiences.”

CinefestOZ is widely acknowledged as Australia’s premier destination festival and is firmly committed to bringing the Australian film industry together in a supportive environment within the spectacular South West region of Australia.

Tickets to the Film Prize jury screenings and In Conversation events for these films are available via cinefestoz.com from 9am, AWST, 5 July. 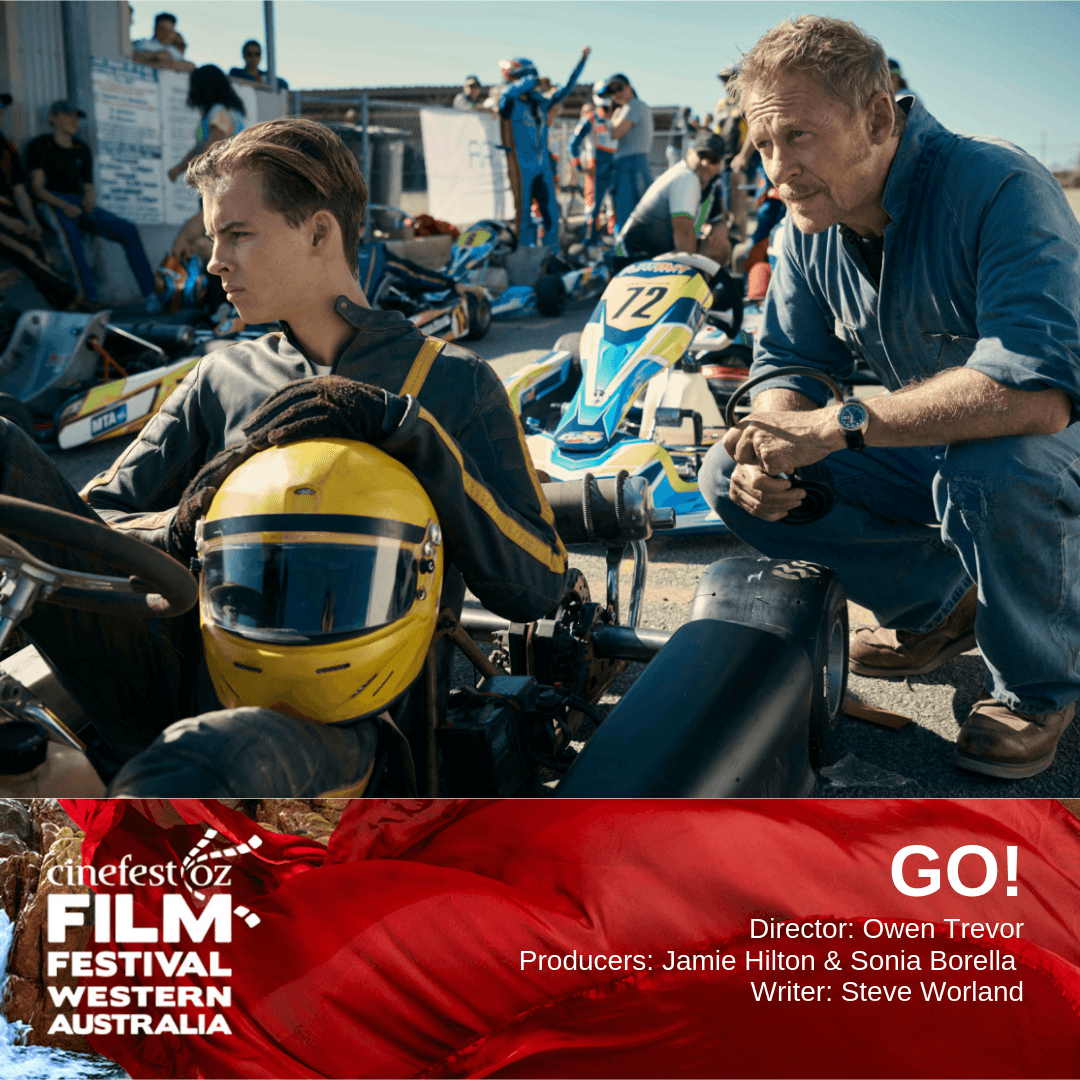 The film is produced by Jamie Hilton and Sonia Borella. When Jack (William Lodder) and his single mother (Frances O’Connor) move to a small town in Western Australia, he soon gets involved in the competitive world of go-kart racing. Jack’s got natural talent but must learn to control his recklessness. To do that, he’ll need the help of aspiring engineer, Mandy (Anastasia Bampos), wise-cracking best mate Colin (Darius Amarfio-Jefferson) and mysterious mentor, Patrick (Richard Roxburgh). Together, the team will endeavour to overcome all odds and defeat ruthless racer Dean (Cooper Van Grootel) to win the National Go Kart Championship. GO! is a high-octane Australian family film with heart. 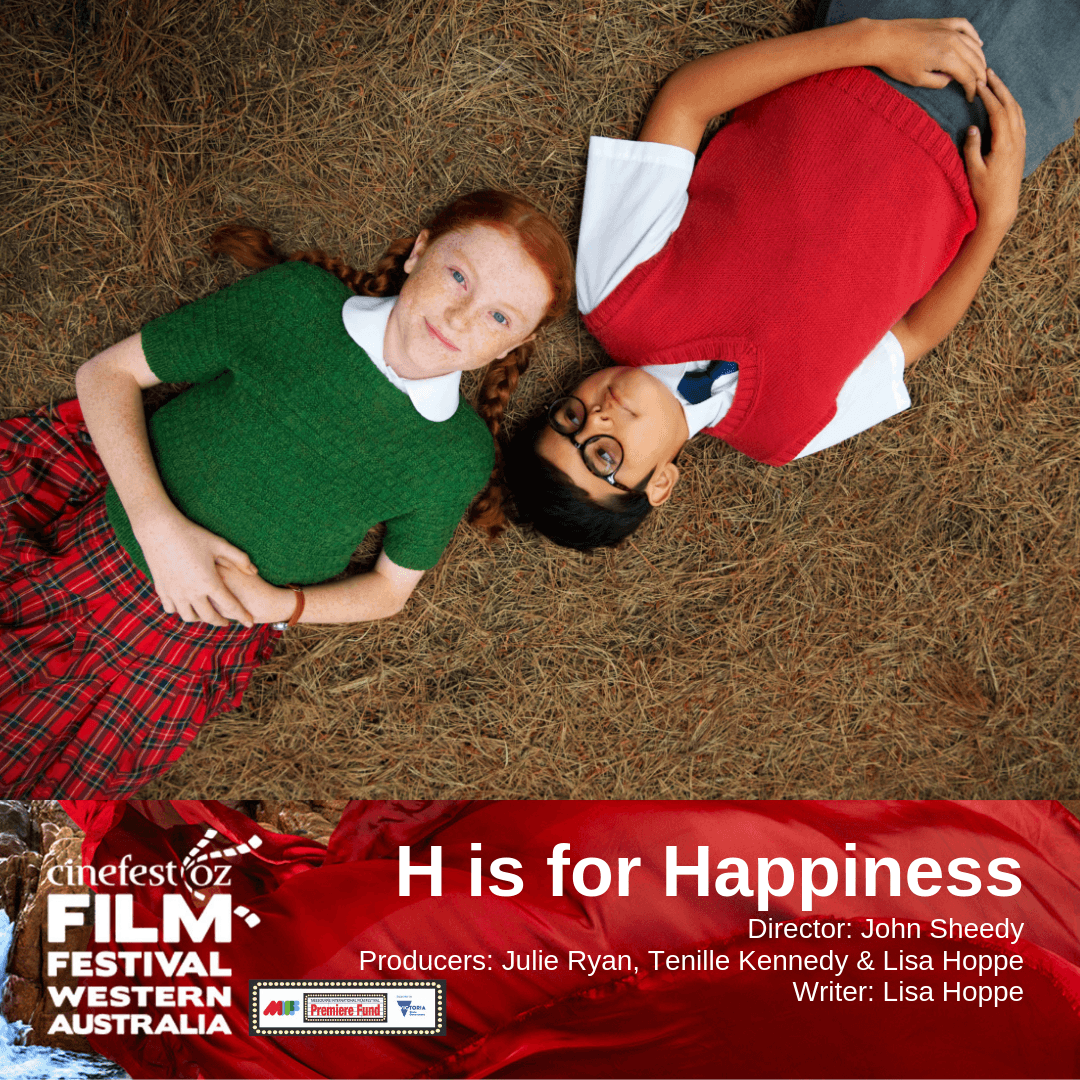 [email protected] H is for Happiness

Set in the Australian coastal town of Albany, [email protected] film H is for Happiness is supported by the Melbourne International Film Festival (MIFF) Premiere Fund. It is a classic feel-good film based on the award-winning book My Life as an Alphabet by Barry Jonsberg, a heart-warming, unflinchingly honest story of one twelve- year-old’s determination to bring her family back from the brink and spark happiness in their lives. Using an entirely unique approach, Candice Phee is an unforgettable heroine whose exploits will inspire and delight anyone who has faced the trials of adolescence and the heartbreak of family tragedy.

Directed by MIFF Accelerator Lab alumnus John Sheedy and starring newcomers Daisy Axon and Wesley Patten, alongside Miriam Margolyes, Richard Roxburgh, Emma Booth, Joel Jackson, Deborah Mailman – and a miniature horse – H is For Happiness shows us a quintessentially Australian world through the eyes of a quirky outsider, and is a joyous celebration of all things a little bit different. 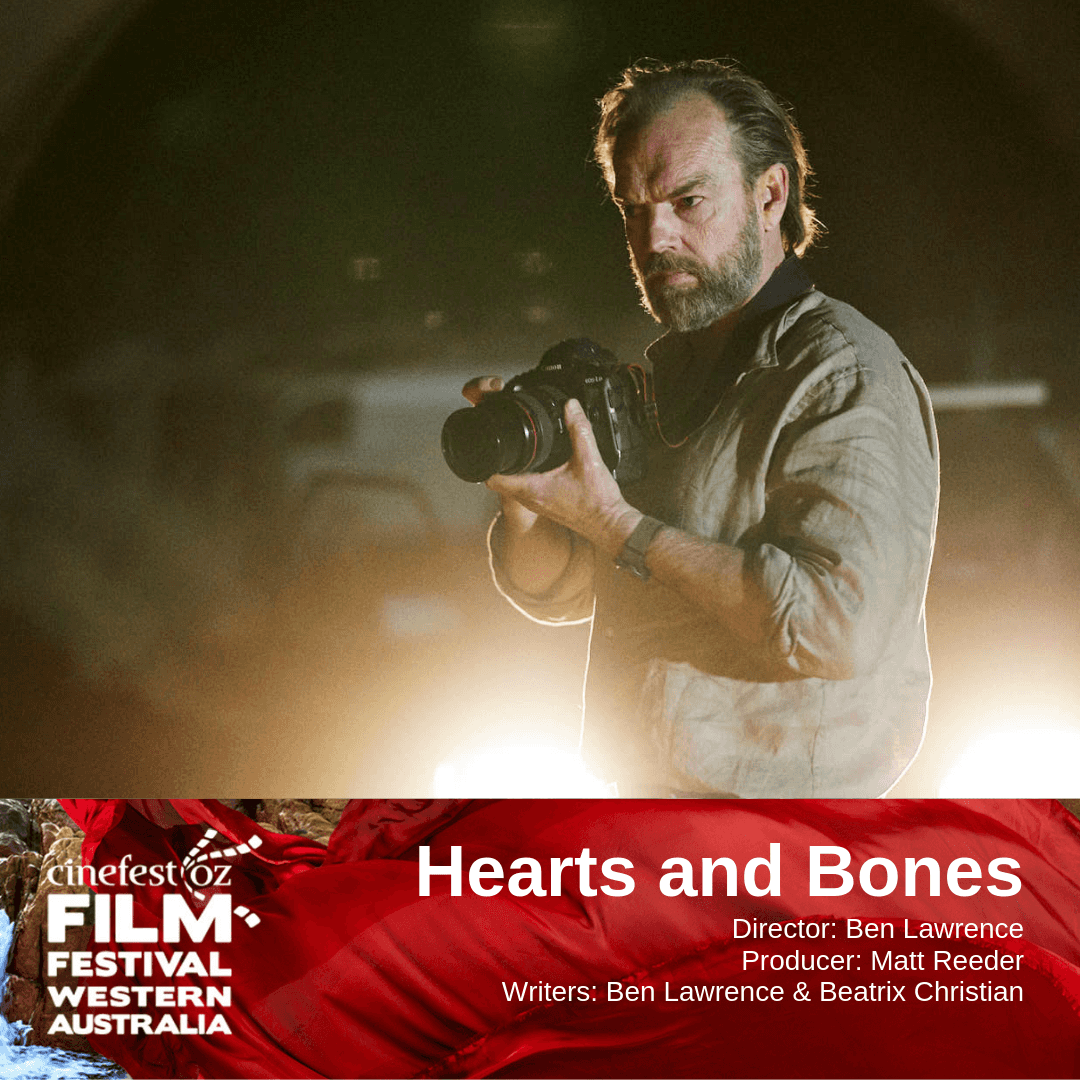 Hearts and Bones is internationally award-winning director and photographer Ben Lawrence’s beautifully acted debut feature about hope and the mysterious bonds of family, friendship and fatherhood.

The film stars Hugo Weaving as Daniel Fisher, a war photographer who has just returned home to prepare for his latest exhibition when a South Sudanese refugee Sebastian Aman (Andrew Luri) appears at his door with a request – that he not exhibit any photographs of the massacre in his village, taken 15 years earlier. What emerges is an unlikely friendship between the two men but it is severely put to the test when Daniel makes a shocking discovery. 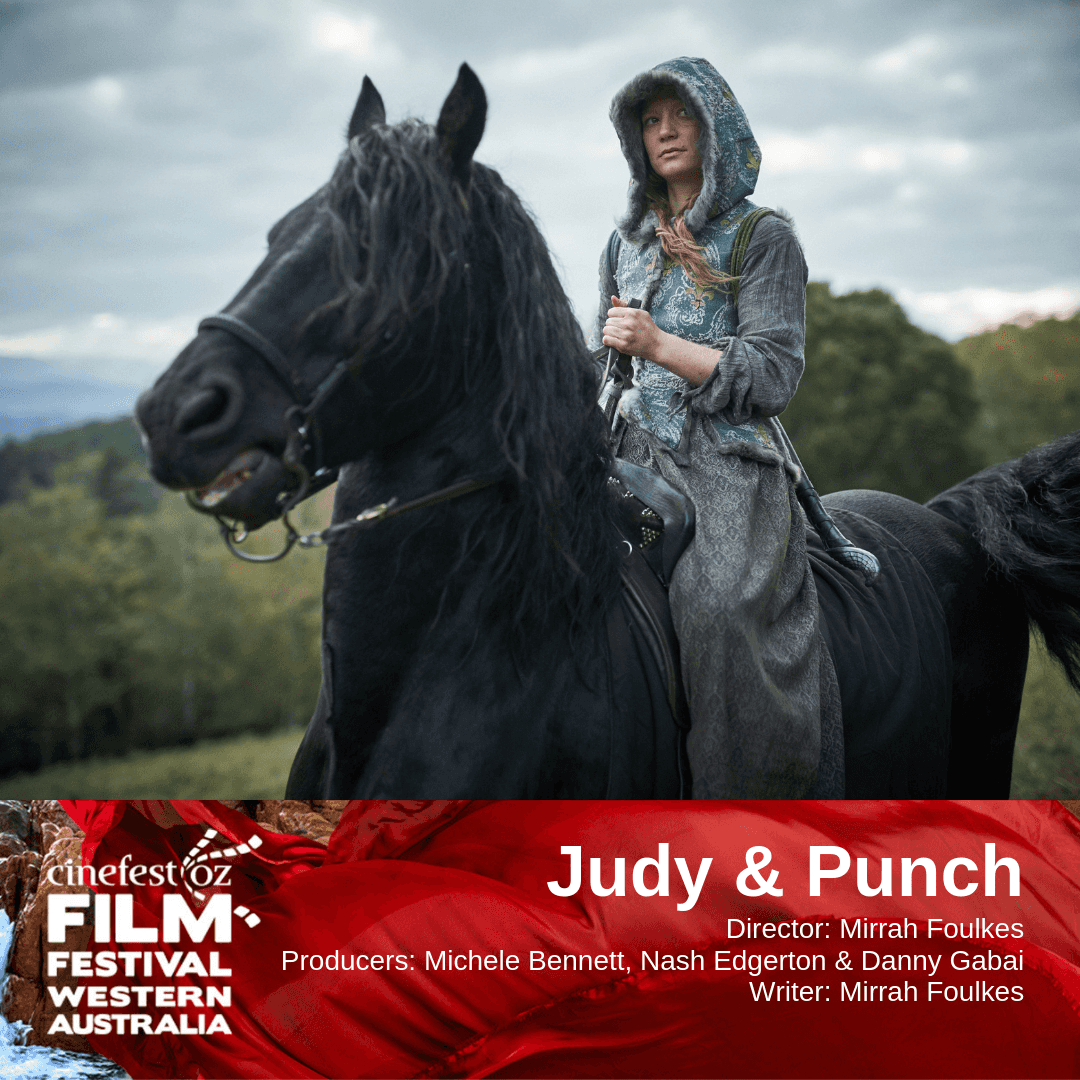 Judy & Punch is a visceral and dynamic live-action reinterpretation of the famous 17th century puppet show. Writer-director Mirrah Foulkes turns the traditional story of Punch and Judy on its head and brings to life a fierce, darkly comic and epic female-driven revenge story, starring Mia Wasikowska and Damon Herriman.

Produced by Michele Bennett, Nash Edgerton and Danny Gabai, Judy and Punch is a dark, absurd fable treading a line between fairy-tale, fantasy and gritty realism, all of which work together to establish a unique tone while upsetting viewer expectations. 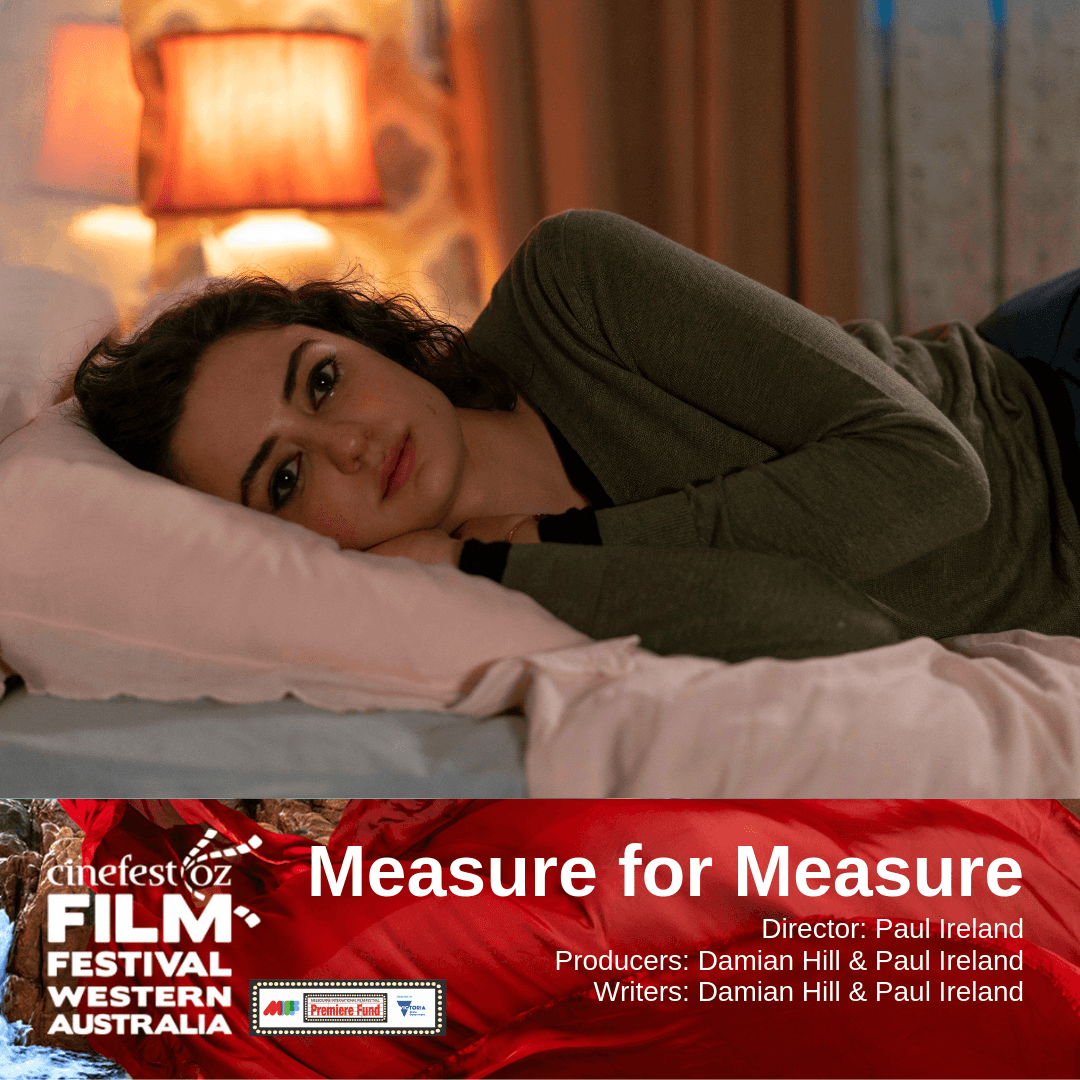 [email protected] drama Measure for Measure is a contemporary re-telling of Shakespeare’s play of the same name. An unlikely romance ignites between a young immigrant Muslim girl and a young musician, set against Melbourne’s notorious commission flats, where a world of crime, drugs and racial disharmony reign.

Each of the five CinefestOZ Film Prize finalists will screen during CinefestOZ, along with an exciting program of other new Australian features, short films, documentaries, industry workshops and more than 150 related events. Early Bird tickets for CinefestOZ are available from 5 July through the CinefestOZ website: www.cinefestoz.com. The full film and event program and ticket sales go live on 26 July.